Somewhere else to find me...

For those who have missed it, there is now another site for Saint Dunstan's House and SDHP.

As much as I enjoy using Blogger, it has its limitations, especially when it comes to the uploading of audio files, podcasts and video blogs.

With the demise of the Apple hosted 'iWeb' I have been looking for another WYSIG-style web hosting service and Doomby seems to the right fit for the present.

This Blogger site will remain and back-host previous posts and images: It will have a re-direction from the new site to here.

If you have not seen the new site,  come and pay a visit and say 'Hi'.

Afternoon Tea for the McGrath Foundation

Saint Dunstan's House will be holding a formal Afternoon Tea for the McGrath Foundation
on Saturday March 22nd from 3:30 PM.

The Theme is English Country House Dress, which may include Hunting attire,

Looking forward to hearing from those who would like to be involved. 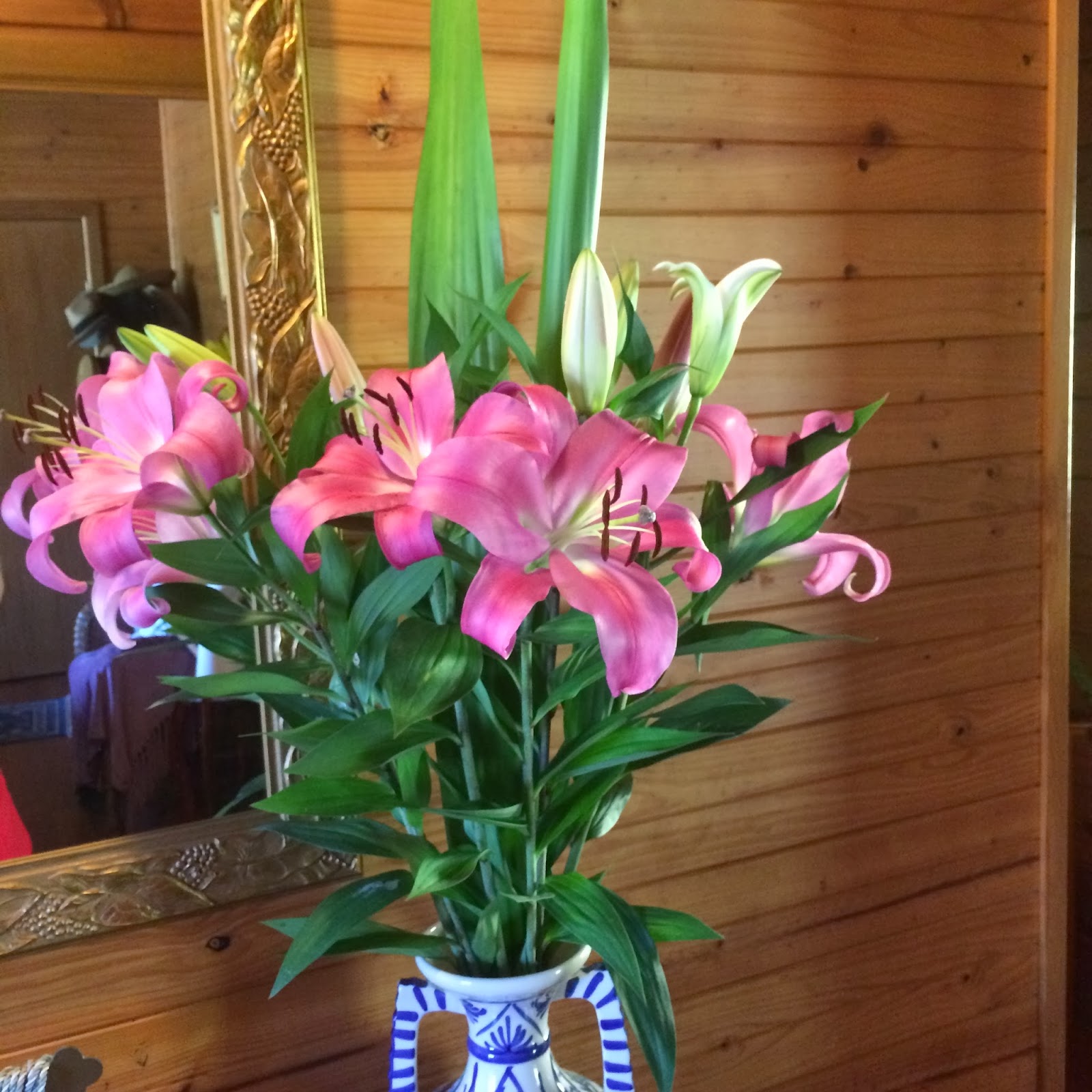 Testing the Back Strength - All at Sea.


My first sail since the accident is happening this weekend with a sail around Corio Bay as the Yacht Club has its annual celebration.

The weather looks to be shaping up for good sailing conditions and not too much heat.

Looking forward to this challenge and being at sea again.

Email ThisBlogThis!Share to TwitterShare to FacebookShare to Pinterest
Labels: Sailing

Tristan Shout - The Case of the Dissecting Diapason - Chapter One

This Podcast was recorded sometime before my accident. There are 4 in the series so far, each covering a chapter of the novel.


The Fitbit device is keeping me on my toes, literally.  It measures every step I take, the number of hours REM sleep I manage and, together with the integrated WiFi scales, my daily weight loss/gain.

I am up to obtaining half of my recommend steps for each day and have kept my weight down to 72 Kgs, gaining or loosing .5Kgs per day, by eating regular small portions and monitoring my Calorie  intake/burn during the day.

Blood Pressure and Heart-rate are monitored twice a day and logged against medication, mood and pain level.

Phillip and I are playing some gentle tennis and badminton on a section of the new car parking area we have created at the top of the main Drive.  We have to watch the wind and Svetlana who likes to run off with our balls if we miss a shot. Badminton is less stressful on the back but not as exercise-intensive as the tennis.

Walking is still the most  popular form of exercise: it was surprising to discover that I had walked just short of 1Km in the Supermarket the other day - aided  by a high-shelf shopping trolley with non-wonkey wheels.

The regime seem to be working and my BP was in the normal range today for the first time in 7 weeks.  Tomorrow will be the first time in a long while that I venture out to a formal occasion - dinner followed by the opening of the Organ Festival - I hope I can manage my Black Oxfords and that I have a suit that will not look too big when I put it on.  I can now fit back into my Mess Dress, made for me by Gieves and Hawkes back in 1982,  that was after a very fit year at Sandhurst.


If you are seeing this then you are not on the delete list.

I have cleaned up the Fb friends as I normally do at this time of year. This year my parameters are different. Normally I  would 'de-friend' people who have moved on - in once sense or another - this year  I have de-friended those people that I have moved on from. Those who I dont want to know the in-and-outs of my daily life. My full profile is for Friends only and not much is shown on my Public site. It is a cathartic experience and removes a lot of angst.

On the very rare occasions that I have removed someone during the year, I have normally, after a plea from them, re-instated them. This is not my practice with the Christmas purge.  As the race commentator  says: "their off!"

Only three removed this year: one of them is now singing with the angels, having died earlier in the year.

My comments on Independent Rule for Scotland have caused a bit of a stir on The Times Online website. Follow the previous links if you are interested. The debates have been robust but generally with a high level of respect.

Some of you may have seen my contribution to an article in The Times on Scottish Independence. In response to a reply I received I have just posted the following:

"... Lily, I too believe that small is beautiful and in any other situation would support an independent Scotland. I also dont believe that this is a matter of Right or Left politics. Growing up in England, having friends at University who were members of the Wee Free (that’s probably not the correct spelling) Church, I had a view that Scotland was a  very Black&White/Protestant, non-liberal, anachronistic society: thankfully I have been proved wrong. During my time in the Army - I was an officer in the RAMC - I met a lot of very fine Scots who made a significant contribution to the colour and dynamics that are essential in any tight-knit community. They, and my subsequent following of Scottish politics, have endeared me to the Scottish people.

I now spend the majority of my time in Australia. Here we have States and Territories and a Federal Government. The States are definitely independent, but when the chips are down the ANZAC spirit kicks in and the Nation unites. My fear is that Scotland alone may become vulnerable, not that England will be the weaker.

I do think that the Northern Ireland situation is relevant in maintaining peace though out  the British Isles. Perhaps a federalism, like Australia, might work. Elizabeth II is still Queen of Australia and it is not that long ago that a referendum on a Republic was heavily defeated. I will not please some of my Ozzie readers with these comments, but it is still the mind of the People.

I do hope that whatever happens,  it is enacted in a peaceful way with due process and the consideration of all, especially  those  who perceive that they do not have a voice.


This is what I said in my original post:

"...For a well-reasoned view of why we should make a strong case for the continuance of the Union and say ‘No’ to Scottish Independence see the current edition of The Spectator: Politics | James Forsyth; “If no one makes the case for the Union, how can we win?”


Here is a titbit from the article: “The Scots need reminding that independence will turn the English and Welsh into foreigners”.

The effects that an Independent Scotland would have on the Northern Ireland situation make serious food for thought."
Posted by Kevin Harper at 12/29/2013 09:01:00 pm 2 comments:

Four months since my last Post on here, and as I have said elsewhere, the convenience of Twitter  and Facebook have very much overtaken the domestic Blog.  Quickly dictated Tweets, linked to Facebook with  auto generated locations, times and picture up-loads have become the normative social media approach for most of us who have been blogging since the early days.

The data bears this out: twenty plus Tweets a day, the same amount of Facebook comments, plus the re-Tweets and Fb replies, keeps the world notified of how things are going - on not, as the case may be.

SO, I will endeavour to update this more frequently in the coming year and deal with some meatier issues here, hopefully in more depth than on Fb.

Let's see how we go. If I can get better integration of the other Social Media sites with Blogger and easier access  to allow  Postings from my iPads, life should be a lot easier.

We have just had dinner in the middle of me typing this (stuffed chicken with Broccoli and Roast Potatoes - no gravy) and we were talking about my mother's recent acquired skills with the iPad and Facebook. Yesterday there was an article in The Age (Melbourne) discussing how Facebook has fallen out of favour with the younger generation but is gaining ground with adults and their parents/grandparents. I think that this is true for the majority. Now there are no secrets hidden from the family and mother knows all (including what a 'Selfie' is!) :)

Enjoy the rest of the Christmas season and all the best for 2014. 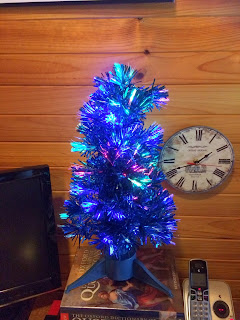 Kevin writes from the perspective of being an Englishmen in rural Australia. Still deeply English-rooted, his thoughts are informed from his experience and reading of both countries and their respective 'Body Politic'.

Join the debate by responding after the posts. if you click on the 'comments' tab after the post, you can add your comments there. The figure before 'comments' indicates the number of other comments received. There will be moderation of unsuitable replies!